Uludag Fresh Fruits Exporters Union Chairman Dr. Salih Cali said that about 42 million dollars worth of black figs were exported from Bursa, a historical record.
In 2013 Turkey exported 34.5 million dollars worth of figs. Share of Uludag exporters in this total was 16.5 million dollars. Uludag exporters have increased their sales by 16 % in 2014 and it reached to 19.1 millon dollars. These figures are all records for our union and for our country. Dr. Cali said, “We organized several events to increase fig exports from Bursa. As a result of our efforts to improve the quality the promotional activities, exports was satisfactory. We went to Spain, Saudi Arabia, South African Republic, Japan, South Korea, China and Far Eastern countries and introduced our products. Deals are bearing their fruits. Exports to certain countries have increased 100 % including Czech Republic, Latonia, Canada, UAE, Hungary and Norway. At the beginning of the season, black fig price for exporters was about 5 TL per kilogram because the harvest was limited. Germany, UK, France, Holland and Russian Federation are our major markets for our exports. 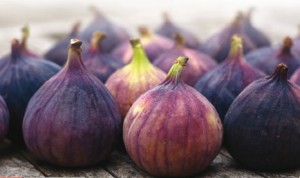