Turkey looks set to benefit from Russian sanctions targeting EU and U.S. products, as Russia looks for an alternative supplier of foodstuffs.
Turkish Economy Minister Nihat Zeybekci met with his Russian counterpart to discuss opportunities for Ankara to meet Moscow’s needs upon Russia’s trade war with the West. Accompanied by their respective delegations, Zeybekci and Russian Economic Development Minister Alexei Ulyukayev held a meeting in a hotel in Yeşilköy, Istanbul. The meeting was about the potential trade alliance talks, after Moscow banned most foods from the European Union and the United States.
The ministers reportedly discussed potential areas for collaboration and bilateral problems. In early August, Russia had banned imports of fruit, vegetables, meat, poultry, fish, shellfish, scallops, milk and dairy from the United States, the European Union, Australia, Canada and Norway, worth about $9 billion, in retaliation for Western sanctions over the crisis in Ukraine. Turkey will likely emerge as the key winner from the Kremlin’s one-year ban on dairy, meat, fish, fruit and vegetables. Officials in Turkey have predicted a near doubling in their fruit and vegetable exports to Russia. The country is currently the fifth largest exporter of food to Russia, its neighbor across the Black Sea, with $1.68 billion in sales last year. 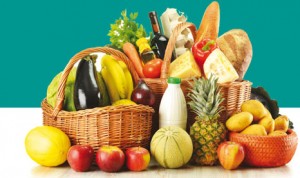 Unique gourmet taste in your kitchen with Pina Olive Oil!

Unique gourmet taste in your kitchen with Pina Olive Oil!

Turkey to export milk and other dairy products to Russia

Turkish exports continue to increase in 2015