Establishing the largest croissant plant in Eskisehir on a single line in recent months, Elvan Group has some major targets for 2023.
Starting its adventure with a small candy store in Zeytinburnu district of Istanbul, Elvan Group has been continuing its successful business life having a factory chain and representing Turkey in abroad in the best way. One of the leading top three companies in its category, Elvan exports its products to 130 countries. Hidayet Kadiroglu, chairman of the company introduced his company who aimed 1 bn dollars in exports.
On Elvan Group and its services in food industry
Foundations of our group was laid in 1952 as a small candy shop in Zeytinburnu, Istanbul by my grandfather Hamdi with my father Mustafa who had been earning his life by selling candies in trains. The shop then was expanded to workshop and later on to a chain of factories that produce wide range of products including chocolate, biscuits, jellies, cakes, croissants, etc. Now Elvan Group is one of the three Turkish companies in the list of global 100 candy firms. Exporting 95 % of production the company earns more than 200 thousand dollars from sales of 800 different products to 130 countries. Our target for the year 2023 is to reach 1 billion dollars.
On hygiene of products and in production process
It is rather hard to get the confidence of customers all over the world for more than 60 years. I personally represent the third generation in our company. We earned the confidence of customers by working hard for decades. To maintain our quality level we established a laboratory equipped with modern facilities.
On the largest croissant production line that the company has
We have several awards given both in Turkey and abroad. Recently we were mentioned among the companies who pursue the firsts and the mosts. Croissant production plant in Eskisehir is the first largest one in the world. Our capacity is 50 larger the second largest factory’s. In six months time we succeeded to export 50 % of our production to Europe, known as the castle of croissant. 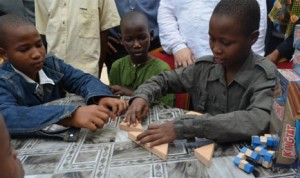 On exports, target markets and products exported
We have now producing wide range of products including chocolate, biscuits, jellies, cakes, croissants, etc. Our products is sold under several brands including Balaban, Cici, ANL and Elvan through Intersweet foreign trade company. Cici marketing company sells our products in Turkey. We focused on regional countries for exports, however, our products are sold in 130 countries.
On the activities carried on under Turquality project
Turquality is a program to support branding of Turkish products. Under this project framework we made some branding and communication investments directing Middle East and African markets. Today Donut was the first cake brand of us. Then other brands were added, Toffix, Dr. Milk, Coffex, Truffle. Our ad having a sympathetic slogan Ikraam-Sukraan-Elvan.. was impressive in the Arabic speaking countries. Today Croissant ad was successful in Rumania. Our ads budget has been increased 12 fold for the year 2015. The target is 6 million dollars.
On African market that was the market of the year in 2014
I personally am highly involved in African market. We were one of the highly active companies having business in Africa. First it seemed full of mysteries, then it turned into a commercial success. 30 to 35 percent of our sales comes from African market. We have been developing a new approach based on a new theme will be launch in Africa soon. Details will be informed later on.
On Elvan IQ Club as part of social responsibility campaign
Our company was chosen among the companies that were given a certificate for its research and development center by the ministry of science, industry and technology in 2012. As part of this project, we founded Elvan IQ Club to increase the awareness about intellectual assets in Turkey and in the world. At the first stage of the project we focused on the kids of our personnel. We organized testing and training programs and sent some of the kids to the universities in Eskisehir and in Istanbul. Then we established a intellect workshop in Cameron.

This coffee aims to change habits