Working as an agent, broker and consultant at international markets targeting to build a strong link between producers and buyers, DORAINTRADE based in Izmir, analyses Turkish dried fruits with special attention on sultana raisins and hazelnuts as 2016 starts with a snowfall season.
“Whether you are a manufacturer, producer, packer, wholesaler or an importer, you will benefit from our international experience and communication. The products from our reliable suppliers packed under international food safety conditions and there is a possibility to offer either private label products or supplier’s own branded products. Doraintrade is assisting all her partners always to go further by speaking the same language with you as your global trade partner,” says Banu Er of Doraintrade.
Doraintrade has been tracing the market on behalf of producers and buyers in order to give feedbacks and market reports from the source regularly. Ms. Banu Er of Doraintrade supplied the following information about the early 2016 season for Turkish Dried Fruits.
Until the 2nd week of 2016, weather conditions were far warmer than averages all over Turkey linked to global El Nino affect this year. By the second week we saw dramatic changes in weather, temperatures decreased and snow arrived east to west Turkey. Snow is always favorable for growers in the wintertime that protects plants and soil. Especially by the Turkish Hazelnuts and Raisins production areas, snow was very welcomed this year.

2015/16 crop Turkish Raisins estimated to be 196,000m/tons. There was 41,000m/tons carry over from 2014 crop. Totally, excluded domestic consumption and estimated carryover for 2016 crop as well as alcohol industry needs, we estimated 180.000m/tons to be exported until the end of August 2016. By this week, we see total registered export from the beginning of the season is around 85,500m/tons meaning that more 94,500m/tons is expect to be exported within coming 8 months which seems to be not too difficult to realize.
From the New Year, nearly all the carried over 2014 crop has been shipped and 2015 crop offer prices are going slightly higher comparing USD.1750-1850pm/tons levels past few months. Although the Turkish Lira currency continued to weaken against USD within Jan 2016, Izmir raw material bourse prices came up from TL4800/mton levels to TL5300/mton levels by the third week of January. It is thought to be that critical point will be TL5500/mton levels for raw material as we can see big quantities of raw material may appear in the market to be offered by either growers or handlers. They expect these levels will be reached soon as traders show resistance any price below this level. Despite of the strong USD currency TL5500 raw material prices can easily push the export prices above USD.2000/mton Fob Izmir levels. Now the raw material bourse is around TL5300 levels and Standard 9 RTU grade Sultana Raisins prices are around USD.1925p/mton levels on Fob basis for prompt shipments.
Some other reasons may push the market prices up are, Iranian Sultana Raisins increased offer prices (USD.1750-1850 pmton) that also due to Iranian embargo lifted globally, Turkish Alcohol producers may appear in the market soon with big quantity requirements and prediction Turkish government may decide again to start the campaign of “school raisins” as same as last year.
Like every year, most critical time would be around March – April for the prices according to blossoms and new crop speculations. Also increasing demand for Easter and Ramadan is likely to help the market to keep the new price levels.
Turkish Hazelnuts 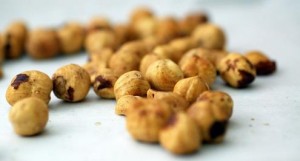 By the end of 2015 year, Turkish Hazelnuts export statistic showed us 93.169 m/tons inshell Hazelnuts have been exported from the start of the season 01/09/2015 comparing with the last year same period (73.749 mtons), there is around 25% increase in quantity this season. However, in the average prices wise, last season (2014/2015) average price was USD.11500 until the end of the year and this year average price is USD.9755 for Natural Hazelnuts kernels for all sizes and qualities. These figures show us only 17% price decrease occurred. From the data, we could see that there is significant bigger crop in current crop. So why prices did not settled down more until now is the biggest question mark in the market. Some facts maybe, big European consumer industries such as chocolate producers started the season fast that provide the prices settle at higher levels also growers already get used to last crop high raw material prices and demand for better buying prices from packers in the industry. In conclusion, a breakdown in prices started by the beginning of New Year 2016. With the pull force of gaining value of USD currency against Turkish Lira as well as favorable winter conditions in Black Sea area, concluded aggressive price decrease both for raw materials and export offers within 2-3 weeks. Average of USD.10000 p/mtons prices come down to USD.8200-8500 pmtons levels in a significant short period. We are experiencing now in current week, after shock affect the prices go little upper as a respond of big demand appeared from overseas markets.
We are certain on a point that Turkey has larger crop in season 2015/16. Even if the export quantities increase in coming months because of the relieving prices, we still can expect a big carryover for the next crop. Scenario of prices continue to drop is not very much desired for the exporters, rather than keeping supplemental quantity for the next crop in case there is an unexpected frost or heal appear in the Spring period. But if there is another big crop comes the next year, we can see then record low prices in 2016/17 crop. Two big crops come after another is not very rare in the agricultural history. We will keep you updated about any changes of the market and prices as usual.
Below Chart shows figures of Turkish dried fruits varieties tonnage, average export prices with its comparison with last year figures.
Export Figures Of Turkish Sultana Raisins / Dried Apricots/ Dried Figs in Comparison with same period last year