SIAL Paris, a source of inspiration for foodservice professionals

To keep your finger on the industry’s pulse and discover the innovations that will transform the catering world, head to SIAL Paris, 16 to 20 October 2016 in Paris-Nord Villepinte.
Over 300 Turkish companies are exhibiting at this larges FB event.
SIAL Paris is the world’s largest food innovation exhibition. It is often called the world’s biggest hypermarket – and rightly so. But it’s also much more! Yes, it plays an important commercial role (at the heart of the food world), but it also shines light on 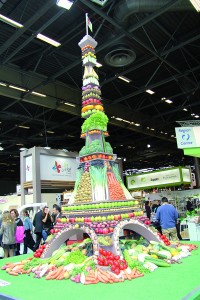 today’s increasingly passionate, demanding and forward-thinking consumers. It is a source of inspiration for all industry players, and I invite you to use it to build, create and distribute the food of both today and tomorrow – the food that impassioned, modern consumers will take with them into the future.
The world is changing and everyone wants to eat well,

but are we all going about it the same way? What value do we give to food? Is it the same everywhere? Do the French like the same things as the Chinese? Do new products in the Middle East also appeal to Americans? What influence does product innovation have on each market? Are consumers looking for classics or do they want a change? Right now our food world is oscillating between digital and technological innovations, and a marked ‘back to basics’ trend. What role will innovation play in overcoming the 21st century challenge of feeding – sufficiently and durably – 9 to 10 billion people? How can we satisfy consumer expectations and deliver more pleasure and quality? Transparency, balance, quality of ingredients, environmental impact… these are the keys to today’s innovations.

SIAL continues to deepen food world knowledge by sponsoring both an exclusive Kantar TNS report on consumer expectations and the traditional XTC World Innovation Panorama on supply trends. Together, they are the means of deciphering the new consumer paradigms. Thanks to this data, SIAL Paris will highlight the signs (from the strongest to the weakest) to look out for during the fair from the 16 – 20 October 2016.
SIAL is all about giving food for thought and inspiration to the myriad of companies that help design, invent and explain the food products of tomorrow. The future is being made today, so don’t miss out! 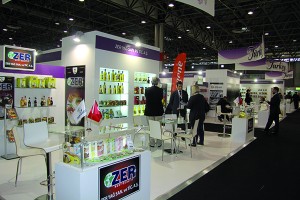 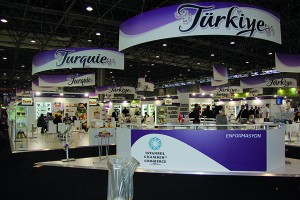 SIAL, a network of international food exhibitions for ambitious agri-food companies
You want to explore new markets? To exchange views with agri-food professionals from all over the world? Discover the latest food trends and the most innovative products? SIAL offers an international trade fair network in the global food market. This network acts as a source of worldwide inspiration in the sector.

Jury of SIAL Innovation
Once again this year, the experts will meet in September to elect 15 SIAL Innovation Awards. The 3 best innovations will be revealed during the SIAL Innovation Ceremony taking place on October 17th.
Paris the capital of planet food
From 16th to 20th October 2016, all eyes in the food world will be on Paris. The event will take place in a particularly positive climate for the sector, with strong demographic growth (world population of 9 billion by 2050), an increase in middle classes and a westernisation of needs in most of the world’s regions. 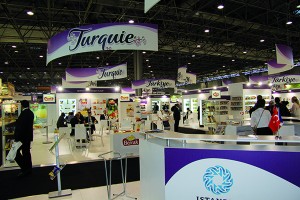 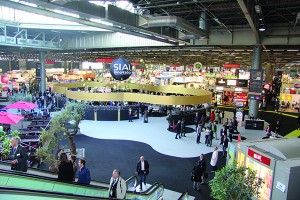 The entire world can be found in Paris
From 16 to 20 October 2016 at Paris Nord Villepinte, SIAL Paris will showcase the food of today and invent the food of tomorrow. SIAL Paris—it begins right now. Get a preview of this outsized event that will open its doors on the same day the United Nations celebrates World Food Day.
#SIAL_Paris_exhibition #food #exhibition #agri_food #Paris #explore

Do not neglect pasta to eat healthy

Written as “TORKU", spelled as the "purest and silky food chain of Anatolia!"