Agriculture and food in Turkey

Home to the headwaters of the Tigris and Euphrates Rivers, Turkey’s agricultural sector today is echoing the prosperity of ancient Mesopotamia. With its favorable geographical conditions and climate, large arable lands, and abundant water supplies, Turkey is considered to be one of the leading countries in the world in the field of agriculture and food.

The restructuring efforts that began in the early 1980s resulted in a domestic market that is an integral part of the world economy today. Turkey has a robust agricultureand food industry that employs over a quarter of the country’s working population

and that accounts for 7.1 percent of the country’s GDP. The sector’s financial contribution to the overall GDP increased 43 percent from 2002 to 2014, reaching USD 57.2 billion in 2014.
The strengths of the industry include the size of the market in relation to the country’s young population, a dynamic private sector economy, substantial tourism income and a favorable climate.

Turkey is the world’s 7th largest agricultural producer overall, and is the world leader in the production of dried figs, hazelnuts, sultanas/raisins, and dried apricots. The country is also one of the leading honey producers in the world.

This bountiful production allows Turkey to maintain a significantly positive trade balance thanks to its position as one of the largest exporters of agricultural products in the Eastern Europe, Middle East, and North Africa (EMENA) region. Globally, Turkey exported 1,781 kinds of agricultural products to 190 countries in 2015, accounting for an export volume of USD 16.8 billion.

Dairy products including milk, yoghurt, cheese, kefir, and ayran (a drink made of yoghurt and water) form an integral part of the traditional Turkish diet. Traditionally, artisan, unpackaged products have dominated the Turkish dairy market, meaning there is vast potential for investors looking to break into Turkey and the greater region with a mass market approach.
This potential is not limited to only the dairy sector. Turkey is looking to position itself as the preferred option for being the regional headquarters and supply center of top global players in the agricultural sector. To encourage investment in the sector, Turkey offers a set of incentives for potential agribusiness investors. The Turkish government’s support mechanisms include favorable regulations, an extremely competitive tax structure, a qualified labor force, and numerous investment incentives.
According to McKinsey and Co., Turkey offers significant investment opportunities in agribusiness subsectors such as fruit and vegetable processing, animal feed, livestock, poultry, dairy, functional food, fisheries, and enablers (in particular cold chain distribution, greenhouses, irrigation, and fertilizer).
As part of its targets set for the agriculture sector by 2023 Turkey aims to be among the top five overall producers 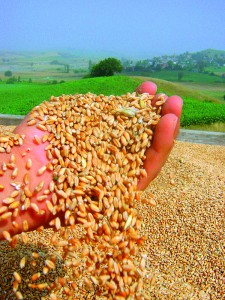 globally. Turkey’s vision for its centenary in 2023 includes other ambitious goals, such as:

Balparmak to preserve the naturalness and purity of honey