An organic products producer, Yummy established the first hermetic system for organic pomegranate extract and has had its own farm for goat milk in Nigde.

Established first as a food wholesaler 45 years ago and by expanding its activities through the years, Yummy and Guney Sut brands are now managed by third generation of the family. General Manager, Bekir Oder informed about his company, its past and their activities. He emphasized on the world’s first hermetic organic pomegranate extract facility and about the new goat farming facilities in Nigde.
On the story of Yummy 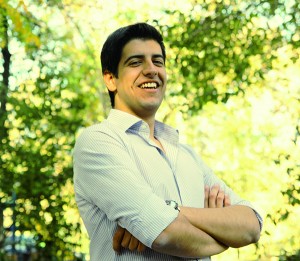 We are a family business. We have been in the market as of the family members of three generation. Our grands started as wholesaler of foods. Then they entered in diary business. We are still having dairy. 45 years ago they founded Guney Sut trademark. There was limited competition in those years. They were highly successful, because they loved their business. Along with years, businesses and investments have grown. Now we buy milk from thousands of producers and process them in our factory that has a daily capacity of 300 tons, one of the largest facilities in the country. Later on, we added fruit juice production and founded the brand Yummy in 1995.
Products they have been producing 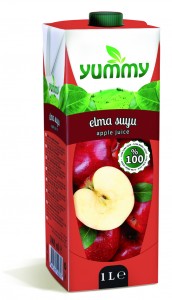 The basis of that business was to produce fruit extracts. Then, backed by some technological changes we have now a modern facility. We produce fruit concentrates and presses for other companies who process these into their own end products for consumers. We also produce fruit juices that are sold directly to the retailers. We do both. Other companies do either this or that.
Success factor for the growth of the brand
Although we are a family business we have been managed by professionals. We emphasize on the listening of our customers and consumers, watching trends and being keen on customer satisfaction. We try to differentiate our products and processes. We have been producing the first organic fruit pre-concentrates in Turkey, since the beginning of the century.

On latest investments
We try to differentiate our production and recently we started to produce sour extracts of pomegranate. Milk and dairy products are our major product categories. We invested in animal farming for both milk and slaughtering. We have 1300 heads of cattle. Most recently we found a large farm of goats in Nigde, a province that has rich flora that adds taste to the milk.
In 2009 we started to produce beverages. Our bottling is able to process 100 tons daily. Daily capacity for fruit presses is 200 tons, for concentrate is 300 tons, fruit juices production is 300 tons and milk-processing capacity is 300 tons.
On exports
Exports are started in 1998, first to Germany. Now we export to more than 40 countries. Our annual exports are more than 7 million tons. 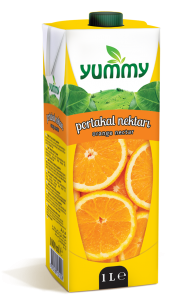 On the fruit juice consumption habits of people in the country
Main problem is consumers do not know much about fruit juices. They think that every package having a visual of fruits is fruit juice. They have to be made of 100 % fruits. Liquid products that are sold under fruity, nectar or with aroma names are all in different categories. Ice tea contains 99% water, like lemonade. They are sold for refreshment, not for nutrition. Consumption is low in Turkey. Per capita consumption of fruit juices is about 10 to 11 liters in Turkey, while it changes between 30 to 60 liters in European countries. It is also valid for milk consumption. People consume 20 liters of milk on the average in Turkey, while in the Europe they consume by 150 liters annually.
On what should be done for the future in the sector
Consumers have to become more aware about the beverage market. More investment and a stabile economy are needed. Stability is the most important factor for long-term investments.
On the inspections on production facilities
We are collaborating with independent auditing firms such as SGS. Besides we are happy with inspections and audits of the Food and Agriculture Ministry. Several gray companies are losing their businesses thanks to these efforts. Both hygiene and taste are important in this business. We test and audit our products and our process, as well.
#Yummy #organic #products #milk #Nigde #food #fruit #juices

Ikbal Sekerleme leads the way in hundreds of food products