A Story that Lasts 101 Years

1900-The first year of the 20th century saw the birth of İsmail Keskinoğlu. He was born as the first son of Fevzi Bey and Hatice Hanım, who were living then in a village linked to the Ravika Village in Drama, Greece. After his sister Fatma was born, he began to work as a shepherd in the Ravika village in order to help his family to survive. Hatice Hanım passed away due to an incurable disease. After a definite period, Fevzi Bey married another woman and he entered into the army when mobilization was declared in 1910. Fevzi Bey left his family with a stepmother, who did not care of his children. After a while, Ismail and Fatma had to leave, because their stepmother did not want to live with them anymore.
Ismail and Fatma lived with their neighbors for a long time. Ismail stays there until he gets 21 years old. This charitable, good intended, brave old man, who looked after Ismail and Fatma, played an important role in Ismail’s life and Ismail considered this man as a model. The Greek people began to treat Ismail badly, because the Turkish and Greek girls living in that village were fond of Ismail and called him as “Handsome Ismail”. By the way he was homesick, because he knew that he was from Turkey, but he had not ever been in Turkey. 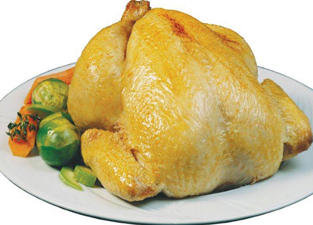 One day a group of Greek young people mocked at Ismail by taking his fez and trying to make him wear a Greek costume. This was the moment Ismail understood that he could no more bear all this mistreatment. He began to fight against these Greek people and he injured one of them by means of his knife. He was able to escape from that crowd and he sheltered by a group of Turkish people. The involved young Greek people decided to kill Ismail. The relatives of Ismail warned him against the aggressive plans of the Greeks. Therefore, Ismail decided to find a place to hide himself for seventeen days and then he was secretly brought to Dedeağaç. Ismail set off for an unknown journey after having bargained for this with a Greek boatman for 250 gold liras. His destination for this time was Enez. After a journey that lasted for twenty one days, he arrived at Istanbul and took the train, which hosted people leaving Greece to arrive at the Sarıdoğan Village in Adapazarı, which was known as an area where Turks migrating from Greece inhabited.
Ismail preferred a marriage of convenience and married Esma Hanım, to whom he got acquainted with thanks to the efforts of his close friends. Esma Hanım run in a rich and wealthy family. Esma Hanım gave birth to Cavit, Cavide, Hatice, Sevim, Yıldız and Sevdiye. However, the Keskinoğlu family became upset first due to the passing away of Sevim. Later the 4-year old Hatice passed away just one day before the 6-year old Cavide said a last goodbye to this world. The 7- year of Cavit passed just 15 days later and hence, the Keskinoğlu family experienced the grief of losing a child for the fourth time.
Ismail began to work in the field of tobacco production together with his father in law. Since he found out that one could earn a lot by manufacturing tobacco, he decided to launch his own business in Akhisar. Therefore, he settled in Akhisar and began to manufacture tobacco. It was just a short time thereafter, when his father in law began to have faith in him. Keskinoğlu began to plow lands in order to manufacture tobacco every year and it took just 4 years for him to become a wealthy man possessing a tobacco land of 100 decares. Besides manufacturing tobacco, he began to operate in the field of transportation and it was then when Keskinoğlu turned out to be a leading company in olive transportation. Once upon a time he decided to help one of his customers while collecting olives from olive trees and traveled with him. As a result of this close contact, these two became close friends. Whenever this customer arrived at Akhisar, he insisted on visiting “Ismail from Drama”. When people asked the reason laying behind his insistence, the customer replied: “It is not something that you can know. This man is specially gifted”. After a long period, Ismail recognized that this customer was Vehbi Koç. That year his tobaccos were adversely affected from blue mold and he had to sell his products for the half price. This led to the end of his tobacco production career. Keskinoğlu paid his debts with the Money he received from his last harvest and decided to go to Erzurum in order to start a new era in his life.
When Keskinoğlu arrived at Erzurum, he got disappointed because he could not find a suitable business atmosphere where he could work in the way he wanted. Therefore, he moved to Adana. While he was wandering around the bazaar of Adana, he came across a master, who was bending iron items and he decided to help him. Keskinoğlu worked for a period of 5 days with this master and his productions were such excellent that the Master Ibrahim and his close friend Hacı Ömer Sabancı began to hold his effort in high esteem. At the end of the fifth day Keskinoğlu was introduced to Hacı Ömer Sabancı. The fame he gained as a transporter in Akhisar reached until Adana and Sabancı. Sabancı offers him to work together. Keskinoğlu replied: “For better or for worse…But always together.”
He lived in Adana and İskenderun for a long period and gained both Money and experience. Thereafter, he decided to return to Akhisar and took his sawing machine he bought from French people in Iskenderun. At first he arrived at Izmir by means of a boat and he left his wife in Akhisar. After a definite period, Sevdiye and Yıldız got married on after another.
Although Ismail devoted his whole time to his work, he desired to have a new life and a new family. After a short time he married Zeliha Hanım, whom he believed brought luck to him. Zeliha Hanım gave birth to Fevzi, Ferihan and Mehmet. Time passes without halting. Ismail was working very hard and his sons provided support for him. It was just after a short while that Ismail and his sons turned out to be very successful in the fields they got involved to. After having dealt with lumbering and carpentry, Keskinoğlu laid the foundations of Keskinoğlu Group one day when he brought a rooster and chicken from Denizli. 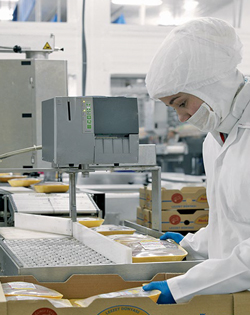 Keskinoğlu began to operate in the field of egg trade and as his son Fevzi insisted on enlarging the business, this three established miniature poultry in 1963. The two chickens they bought at the beginning were fruitful and after a short time they had 30 chickens. Keskinoğlu sold the excessive eggs to markets and then decided to get deeply involved in the commercial egg sector. Fevzi Keskinoğlu saw a hatchery in a public poultry during one of his visits. He was so astonished by what he had seen that he tried to construct his own hatchery with wooden planks. As a result of all these progresses, Keskinoğlu began to work in the field of chicken rearing for eggs.
Only 3 broods came out of 700 eggs by means of this hatchery. However, Ismail did not give up the fight. A research was conducted and the Keskinoğlu family found out that none of the eggs placed in the hatchery were fertilized. When they discovered this unsatisfactory result, they collected fertilized eggs from villages and placed them into the hatchery in order to obtain numerous broods. This attempt resulted in a successful way and Keskinoğlu commenced to rear chickens for eggs thanks to this wooden hatchery. After a while, the three decided to take another new step by entering into the field of cage poultry. To this end, they manufactured cages in their workshops. Keskinoğlu became once more a leading firm, because they worked very hard with great enthusiasm. They made great progress in cage production. Therefore, Keskinoğlu decided to enlarge its borders and bought a land of 60 decares in the Kayalıoğlu Village, which was quite close to Akhisar. This new land was acquired for cage poultry and each house would have a capacity of 10.000. Later, they decided to establish an integrated structure in the poultry sector.
The facilities that were put into service thereafter are; Keskinoğlu Feed Factory with a capacity of 8 tons per hour, Broiler Production Facilities each having a capacity of 35.000 broilers, a Viol Factory that manufactures 100 million units of egg package, a closed poultry in order to rear chickens for meat, The Keskinoğlu Integrated Chicken Processing and Evaluation Center with a production volume of 30.000 tons. What is more, the capacity of the feed production unit reached 30 tons per hour within this timeframe along with 10-storeyed automatic poultry houses. Apart from all these developments, Ismail Keskinoğlu decided to construct the Ismail Keskinoğlu Primary School, which was granted to the Ministry of National Education in 1995.
Ismail Keskinoğlu entered into the poultry sector in 2001 together with his sons Fevzi and Mehmet Keskinoğlu. After a while, Keskinoğlu Group became the first and single integrated poultry facility in Turkey. It was just then on April 18th, 2001, when Ismail Keskinoğlu passed away.
After the passing away of Ismail Keskinoğlu, his sons and grandchildren followed the path he had shaped for them.
#keskinoglu, #egss, #last101years

Taste the future at Anuga – worldwide, leading and significant…

Anuga Frozen Food: This is where the international frozen food industry comes together