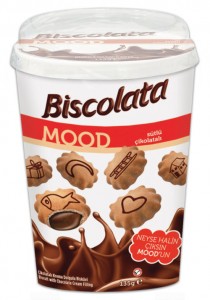 Şölen, who expands its product range day by day with new products in the markets of chocolate, chocolate-products, biscuits, crackers, cakes, candies and Turkish Delight, carries out exports to almost 100 countries all over the worlds with over 200 product varieties.
Elif Çoban points out that the most important feature with this respect which distinguishes Şölen is their appetite to create regional trademarks and states that they perceive every business in their agenda with the target to become a top player in Turkey as well as in the region. Çoban, who shared their figures of 2013 and targets for 2014, continued with her words:
“We carried on our two-digit growth that we achieved in terms of turnover since the day of our establishment and closed the year 2013 with a turnover of 644 million TL. We cleared the 200 million dollar bar in terms of exports.
We passed over 6 steps higher in comparison to the previous year in the list of “Turkeys Top 1000 Exporting Companies in 2013” issued by the Turkish Exporters As- sembly and ranked in the 80th place. As a sector leader in exports, we maintained our title as Turkey’s top chocolate exporting company.
Our turnover target for the year 2014 is 900 million TL with a growth of 40 percent. We will achieve this turnover with our staff of nearly 2000 employees. Our exports target for 2014 is 230 million dollars. Our new factory for which we laid the foundation in 2012 in Gaziantep and which was designed with state-of-the-art technology and has the highest standards in terms of food safety will start productions soon. Our investments that we made for this factory will reach 280 million TL.”

Fresh Fruits and Vegetables in Turkey