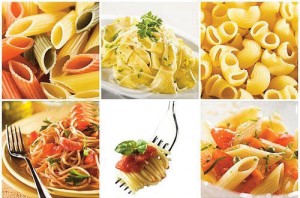 Pasta is one of the most popular foods in the world thanks to its unique characteristics like being nutritious, tastefulness, practicality, cheapness, satiability and endurance. Semolina and macaroni factories were among the first branches of the food industry to be established in Turkey as of 1920. The total capacity of Turkish pasta industry, which is one of the biggest in the world, has increased 26 fold since 1922 and reached to approximately 1 million tons today.
The Present production facilities of the pasta producer companies equipped with modern high-temperature lines are located mainly in the Southeastern, Central and Western Anatolia, which are the major durum wheat producing regions in Turkey. The production is especially concentrated on Gaziantep and Izmir provinces where nearly 40% and 25% of the total output is produced respectively.
Plain and vitamin enriched macaroni are the most popular types in Turkey. However, in recent years, vegetable (such as tomato and spinach) and egg macaroni are also produced. Generally, the production in Turkey shows an upward trend. A continuously developing domestic and foreign demand has allowed the industry to increase production volumes and the high technology employed has enabled companies to compete favorably in domestic and international markets. Today, (the) Turkish pasta industry annually produces over 852 thousand tons of pasta.
Exports Turkey (has) exported mainly uncooked pasta without eggs for years. 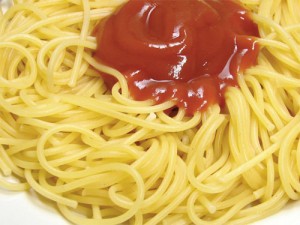 This type of pasta has constituted up to 80-90% of the total Turkish pasta exports so far. However, pasta types other than uncooked or stuffed pasta have recently grown to become an important product in Turkey’s pasta exports.
Total pasta exports of Turkey totaled 404 thousand tons in 2011 with an increase of 26.4% compared to the previous year while the value of exports totaled 285 million dollars in 2011 with an increase of 53.5% compared to the previous year.
Turkey exported pasta products to 135 countries throughout the world in 2011. The major export markets of Turkey have undergone remarkable changes particularly during the last ten years. While the USA and the Russian Federation have been by far the biggest destination markets, having a share of 26.7% in 1995 and 82.5% in 1997 within total pasta exports respectively, Angola, Togo, Benin, Iraq, and Japan were recorded as the major markets in 2011.