World Food Prices Drop in May for Second Consecutive Month

Global food prices fell in May for the second consecutive month as lower dairy, cereal and vegetable oil prices counteracted rising sugar and firm meat prices, the United Nations Food Agency said.
The Food and Agriculture Organization’s (FAO) price index, which measures monthly price changes for a basket of cereals, oilseeds, dairy, meat and sugar, averaged 207.9 points in May. This was a fall of 2.5 points or 1.2 percent from April, when food prices fell led by a sharp drop in dairy prices due to reduced buying in China and Russia and an extended season in New Zealand that boosted stocks.
Dairy prices continued to fall in May, by 12 points from the previous month. FAO’s cereal price index was lower at 204.4 points, a 2.4-point decrease from the previous month.
The agency raised its world cereal production forecast for nearly 2.48 billion tons; almost 1 percent higher than it reported the month before.
This would be 1.4 percent lower than 2013’s record world output but would still be the second largest production ever.
FAO forecast world cereals stocks at the end of crop seasons in 2015 to be 576 million tons, an increase of almost 10 million tons from last month’s forecast. World wheat production was forecast at nearly 703 million tons in 2014, 12.6 million tons below 2013’s record harvest.
Wheat prices, which had contributed to price rises in recent months partly due to fears of disrupted trade flows from Ukraine, fell as shipping patterns from the country remained regular and weather conditions improved, FAO said.
Black Sea grain exporters face price pressure
Russia and Ukraine, the biggest Black Sea grain exporters, face stiff competition in the 2014/15 marketing year that should see lower prices for their main customers, analysts and industry insiders said. 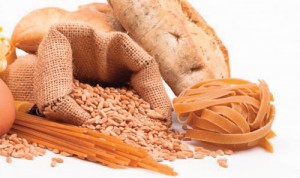 Russia, one of the world’s major grain exporters, is expected to increase its grain crop by 5 percent in 2014 to 97 million tons, according to its Agriculture Ministry. Ukraine may outdo last year’s record output of 63 million tons despite political turmoil and violence, according to its state weather forecaster.
“This year’s large harvest in Ukraine and the high crop in Russia will inevitably lead to greater competition in the region and add to pressure on global prices,” Alexander Korbut, deputy head of Russia’s Grain Union, told a conference in Gelendzhik, a town on Russia’s Black Sea coast.
Both countries supply grain mainly to North Africa and the Middle East, competing with exporters including France and the United States. The 2014/2015 marketing year begins on July 1.
Prices for new crop wheat – harvesting of which is expected to begin in Russia during the last ten days of June – are already slipping in the region with further losses expected, according to traders.
Russian futures prices for the new wheat crop with 12.5 percent protein content are currently quoted at $252 per ton on a freeon- board (FOB) basis in the Black Sea, according to a Moscow-based trader, who asked not to be named. Ukrainian new crop wheat is priced at $255 per ton on the same basis and for the same protein content, a Kiev-based trader, Andrey Druzyaka, told the conference. “There is a very clear trend: prices are going down,” he said.
While traders say not a single shipment of Ukrainian grain has been affected by fighting and political turmoil in the country so far, risks related to the upheaval remain one of the key concerns for global grain prices in the coming marketing year, according to the Food and Agriculture Organization (FAO).

A Dependable Supplier of Cornflakes and Cereals: Mepal Food