A new logo, “Turkey; discover the potential” that replaces the old “Made in Turkey” symbol on exported Turkish origin goods was introduced at a ceremony attended by President Recep Tayyip Erdogan at the Turkish Exporters Assembly (TIM) in Istanbul on September 28.
ISTANBUL — Turkish President Recep Tayyip Erdogan announced that a new logo would be used on products produced in Turkey. at the Turkish Exporters’ Assembly’s (TIM) presentation on Sunday. President Erdogan said, “We will promote Turkish products all around the world with this new logo and with “Turkey Discover the Potential” slogan.” Calling the new logo and slogan a symbol of ‘The New Turkey’s self-confidence, Erdogan pointed out the growth trend of Turkish economy and exports and praised TIM members for their efforts to reach the major export target of Turkey; USD 500 billion by 2023. “Turkey should build up new global brands in order to compete with the world,” Erdogan advised, and stressed that major economies like the U.S. or Japan keep their economies strong with their global brands. Turkish Economy Minister Nihat Zeybekci also made a speech at TIM’s presentation and pointed out that the Turkish foreign trade volume rose up to 475 billion USD from 5 billion USD in early 1980’s. Nihat Zeybekci stated that average export price per kilogram for Turquality – a government funded program to increase and strengthen Turkish brands – firms was USD 3.28, while for the rests of Turkish exports the average was USD 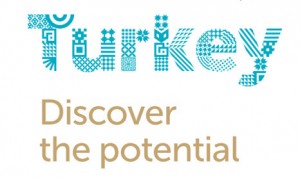 Hastavuk, a reliable name in poultry!