General assembly of Aegean Dried Fruits Exporters Association decided on the date for the first shipment of dried figs to start on October 30th. The date is also accepted by Taris, Fig Farming Sales Cooperatives Association.
One of the traditional export items of Turkey, dried figs imports have reached to 75 thousand tons in 2013/14 season. Birol Celep, chairman of Aegean Dried Fruits and Products Exporters Association said that this amount was historical and about 245 million dollars of earnings were obtained from fig exports. He continued, “The volume of harvest in 2014/15 season was forecast about 70 thousand tons because of the atmospheric conditions, and all of the harvest can easily be exported. I wish a successful season for all producers, traders, processors and exporters of fig. We have to be careful about the risk of aflatoxin in dried figs at every stage of the value chain. France is the top importer of Turkish produce of figs in 2013/14 season, with 33.2 million dollars of sales that was followed by the USA with 31.3 thousand dollars, 100 percent increase on last year’s figure. Germany ranked at third place 1ith 30.9 million dollars of fig exports. Fix exports to China showed %55 increase and reached to 6.2 thousand dollars, and exports to Japan reached to 8 million dollars, %53 increase.” Osman Oz, Segment chairman of Turkey Dried Fruits and Products, said that the promotion of dried fruit group has decided it the meetings held in Istanbul and Ankara recently, that China will be the major target market for exports. Oz said, “In cooperation with a professional agency in China, we will engage hard works and campaigns to introduce and to promote our dried fruits including figs, apricots, sultana, and Antep nuts. During the last four years, dried fruit exports to China from Turkey reached up to 3 thousand tons from its earlier levels of 80-100 tons. However, the potential in Chinese market signals us that exports to China may easily be tripled or be fourfold in a short period.” 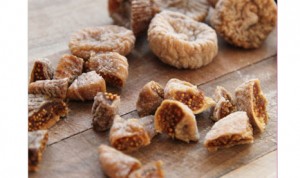