Awarded by many respectful international organizations, the company was also awarded by Turkish Republic with State Superior Service Medal for its contribution to the Turkish economy and activities in European food markets
Established in 1986 by five brothers, Baktat sells Turkish food products under its own brand to 53 countries in Europe, America and Asia. Baktat has six processing plants in Turkey, in Sungurlu, Gemlik, Akhisar and Turgutlu. Baktat has three local companies under its management in Germany and two in the USA. Adiguzel Baklan of Baktat says that their aim is to introduce Turkish food products to the world in a best manner. The business at Baktat started by processing and packaging of pulses and in 1994 a new operation for processing fresh fruits and vegetables was established in Gemlik, Bursa. Juices and drinks line were added in 2002 at the free trade zone and other branches were founded in 2007 and 2009 in Sungurlu, Turgutlu and in Akhisar Tomato paste, cans, reserves, pickles, spices, ready-to-serve meals and olives are major products processed by the company in Gemlik facilities. In addition to these, snack foods and soups are produced in Sungurlu and Turgutlu. Olive products are the main category in Akhisar branch. Upon demand of buyers several types of processed olives are also prepared such as stuffed green olives, with pepper, garlic, carrot, eggplant, lemon, peanuts. Foods are processed in the six factories in four locations that totals 42 thousands sqm of facilities over 78 thousand sqm. land where over 1300 people are employed. Baktat sells about 2,000 different food products including the organic ones. 11 main categories of food products are sold to domestic buyers, while in exports there are 13 major product categories including meat and meat products, milk and milk products. 90 % of the production is exported to 53 countries among them are Germany, England, Switzerland, Belgium, Italy, Spain, France, Austria, America, Canada, Libya, Egypt, Dubai, Iraq, New Zealand, etc. Baktat combines the traditional Turkish tastes that address to the expats of Turkey living in abroad with local tastes in the world in its products and product varieties. 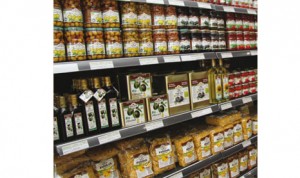 As a result of this, the company has been able to expand its retail coverage up to 15,000 meters in major global food retailer chains in the world, including Carrefour, Metro, Real, Edeka, Netto, Kaufland, Rewe, Fecro, Migros, Auchen, Intermarce, Uschan, Albertain and Coop. Emphasizing on every aspect of health and quality issues, the company started to sell organic products in 2008. Believing that organic food production is a life style, not a style of production, the company manages and controls all stages of production process from the selection of seeds and species up to the end of the total food chain. The process is guaranteed and controlled by Ecocert-Sa company under TR-EU-NOP regulations. The company also has certificates for ISO 9001:2008 quality management system, ISO 22000:2005 and 2010 food safety management systems, BRC v5 food system, achieved grade A, IFS v5 system, on higher level, OHSAS 18001:2007 health and safety management system, and ISO 14001:2009 ecology management system. Baktat company has accumulated a number of taste and quality awards granted by several bodies in abroad. Among the products awarded are “stuffed leaves”, “ajvar”, a specialty in the Balkans, “pomegranate juice”, that earned the World Quality Award by the International Taste&Quality Institute. The company has also lead the production of Hungarian and Greece type of peppers and Ajvar in Turkey. The company was also awarded by Turkish Republic with State Superior Service Medal for its contributions to the Turkish economy and activities in European food markets in 2000. 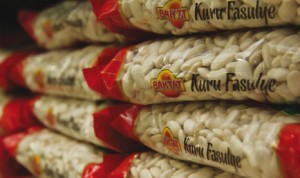 Kilikya: At the hands of new generation

Kilikya: At the hands of new generation

“Prodonium, the only company in Turkey to industrialize garlic”