The country stays focused on healthy flock, healthy food, and healthy consumption and ultimately on healthy human.
Turkish legislation on food, feed and animal health is fully harmonized with EU and Turkish poultry industry produces safe eggs “From Farm To Table”. Turkey has a strong veterinary service and infrastructure and is one of the most recognized members of World Organization for Animal Health (OIE). All poultry plants are monitored by animal health and food authorities under the “National Salmonella Control Program” and “National Residue Monitoring Plan”. Turkish Egg Producers Association and Poultry Meat Producers and Breeders Association are members of International Egg Commission and keep abreast of all latest developments in the world. With its geographical position, Turkey is the closest country to the market countries. It has the advantage to deliver any required volume of the freshest products within the required time. Poultry companies hold quality certificates such as Globalgap-Europgap, HACCP, ISO 22000, BRC (British Retail Consortium Standards). In Turkey, poultry production is environment consciousness and animal welfare based. 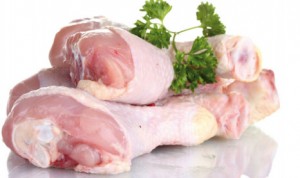 Poultry producers in Turkey
Turkish poultry producers, who are biggest animal food producer in Turkey, are our members. Each of them plays an important role in both animal food and poultry using its international technology and quality and they continue to contribute to the Country’s economy. According to USDA (October2012, Livestock and Poultry: World Markets and Trade) Turkey is ranked at the 7th place by 1.687 thousand tons of chicken meat production in 2012 in World chicken meat production( EU-27 is not considered in ranking since it is not a country. Among the countries in EU-27 there is no country having more production than Turkey). There are more than 12.000 broiler establishments. Approximately 2 million people are making their living in poultry sector (producer, farmer, tradesmen, feed, medicine, feed industry, transportation, marketing and their families). Annual turnover of the sector is 4,5 Billion US Dollars (8 Billion Turkish Lira). Our members have the following certificates; ISO 9001 Quality Management System Certificate ISO 22000, Food Security Management System Certificate (HACCP), ISO 14001 Environment Management System Certificate and Halal Certificate. Some of them has also the following certificates; BRC Global Standard (Food) Certificate, IFS (International Food Standard) Certificate ISO 10002 Customer Complaint Management System Certificate. In our member’s facilities, the production is made with Integrated Production Model. In the integrated production model, all of the stages except grandparent day old chick is being realized under the ownership and/or supervision of the integrated establishments. Within the body of the integrated facility the following facilities exist: mixed feed mill, breeders poultry houses, hatchery, broiler chicken poultry houses (contracted production), slaughterhouse, further process facilities, rendering and waste water treatment facility. In the sector the breeders of Scotch, French and USA companies are preferred, specifically. The delivered breeder day old chicks are placed in the “breeding” farms of the producer companies. They are fed by mixed feed for 24 weeks at a hygienic medium, appropriate temperature and ventilation. Animals start to lay eggs after 24th life week and their economic yield ends at the 64th week. The male and female animals are kept together in the poultry houses and their eggs are fertile. The eggs that are produced from the breeder flocks are delivered to the hatcheries at where hatching is realized by the most advanced technology. These eggs are cracked exactly after 21 days at the hatcheries where complete hygienic conditions are provided and hatching medium is almost real and day old chicks are obtained which will be breed as broiler chickens. The health controls of the day old chicks that are produced in the hatcheries are realized by the veterinary. 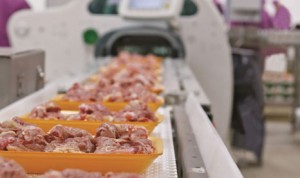 Some of the vaccines are done. They are send to the poultry houses where only broiler breeding is done. Day old chicks stay in the poultry houses of the contracted companies for 40-45 days. The health, hygiene and life conditions of the animals are inspected during the visits realized at that period. Each of the integrated chicken production facility has thousands of contracted farms with different capacities. At these farms tens of thousands of chicken are breed (approximately 13 day old chick per square meter) at the same time. Breeders record all of the information related with water, feed, vaccine, medicine usage, animal growth, poultry house visits, etc. In the Mixed Feed Production, it is produced by combining products like corn, wheat and soybean by using scientific and It is produced according to the rules of Ministry of Food, Agriculture and Husbandry and to meet hygiene requirements. By the way, chickens are fed by mixed feed so as to achieve best growth level. At the end of this period, the chickens that each weights 2000-2500 gr are sent to the slaughterhouse. Chickens taken from the premises are carried by special trucks and under the best-practiced animal welfare rules, they are sent to the slaughterhouse. In Turkey, the slaughtering process is done according to the Islamic rules in all slaughterhouses. The chickens slaughtered are cleaned and processed by using the modern machinery. In all slaughtering facilities, the ante mortem and post mortem controls are done and followed up by the company’s veterinarians. Moreover in the slaughterhouses all process for both ante mortem and post mortem are inspected and checked frequently by the official veterinarians that work in the name of Ministry. The storage of products are appropriate with its technical conditions under the proper temperature and humidity. A traceability system is available for the production process and storage. It is not allowed to break the cold chain in any point. The Sector is conducting the studies on scientific developments and researches about production methods in coordination with government, universities and academicians. The developments in the world is also followed. All of the legal legislation that our establishments are obliged to obey are harmonized by the European Union legislation. The lands on which live production facilities are established are disease free areas in terms of biosecurity. Most advanced automation and monitoring systems are used in our facilities.During the breeding periods, 24 hours effective biosecurity, ventilation, heat-humidity and health management and internal inspection are realized. It is paid attention to follow animal welfare rules while breeding and at the slaughterhouses. Quality assurance systems based on HACCP are applied at the facilities. The products are stored in the warehouses according to the storage techniques and by providing appropriate heat and humidity according to the products. Back traceability system exists related with the production and storage information of the products and cold chain is never allowed to break at any stage. Ministry of Food Agriculture and Husbandry also makes continuous legal controls and inspections at every stage of production. During the facility inspections swap and samples are taken from the animals, facilities and final products, residual, bacteria and disease analysis are realized in the laboratories and technical inspections are also done. Besides final product samples are taken from the shelves of the markets, analyses are done and producers are monitored. Ministry official veterinaries continuously and effectively monitor and inspect ante mortem and post mortem production activities at the slaughterhouses. In this manner healthy and reliable poultry meat is supplied to the market and guaranteed. SOURCE: BESD 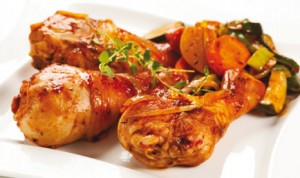 Aslan Cikolata, a recognized name in the chocolate industry