SIAL, the world’s number-one food exhibition, was held in Paris, 19 – 23 October 2014 and focused on the major challenges faced by the global food industry.
The fair offered the visitors the opportunity to discover innovative food products, to explore SIAL’s comprehensive offering: 19 exhibition sectors, to meet over 6,500 French and international exhibitors and to discover the food market trends and innovations. Turkey, one of the most powerful food suppliers of the world, is a traditional leading exhibitor of SIAL for decades. Under the patronage of Istanbul Chamber of Commerce, Turkey has been challenging with a huge performance at this global show arena. This year, the country has prepared one of the strongest exposures for SIAL 2014 with the participation of some 270 leading exporters of the country. The Salon International de l’Alimentation is the world’s largest agribusiness trade fair. With exhibitors up by 10%, the major role played by SIAL Paris in the sector’s economy is well established. And to celebrate the 50th anniversary of SIAL Paris in style, the 6,500 exhibiting companies pulled out all the stops this year. With high quality standards, enhanced content and services, an exclusively business climate – perfect for networking and generating orders from exhibitors – and intense media exposure, the 50th anniversary event was a total success! 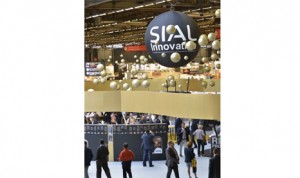 The popularity of the inspiration and events zones, in particular SIAL Innovation, amply testified to the visitors’ interest in the avalanche of new developments. SIAL Innovation attracted 1,757 candidates, and awarded 20 prizes and just as many medals– proof positive of the dynamism of this year’s event. Beyond the universally recognized quality and relevance of the event, SIAL Paris was also delighted to play host to 150 official delegations and distinguished guests. French President François Hollande and Prime Minister Manuel Valls, accompanied by Stéphane Le Foll, Minister for Agriculture and Government Spokesman, were also in attendance to demonstrate their keen interest in all players on the French and international agribusiness scenes. Innovation is the most reliable and valuable of all economic predictors. More than ever, innovation became the catalyst for growth for the successful companies taking part in SIAL 2014. Faced with a dramatic acceleration in consumer needs, innovation stands out as the pivotal strategic focus for maintaining and developing the competitiveness of the food companies. Successful innovation strategies do not appear out of thin air. It takes a genuine spirit of openness; active listening and smart thinking to understand and anticipate consumer expectations across the world. Only then can companies forge their own vision and generate added value in a highly competitive environment. Innovation and SIAL have been constant companions for the last 50 years! With its never-ending commitment to innovation, SIAL has become the guidebook par excellence to trends in the food industry on a global scale. Innovation can be found everywhere in the food aisles, promoted by over 6,000 companies. It also takes center stage in the SIAL Innovation Area, the focal point of the exhibition, which highlights the most striking innovations. Innovation occupies pride of place at SIAL. More than that, however, innovation is part of SIAL’s DNA, epitomizing its expertise and modernity, as reflected in the high numbers who attend, with three out of four visitors finding it a source of inspiration. 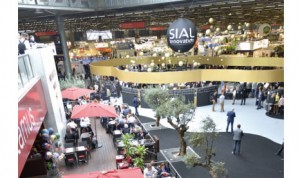 With 50 years’ experience and a global presence backed up by more than 10 exhibitions across the world, SIAL has truly become a key platform for global food supply and demand. It builds bridges and promote encounters and opportunities be- tween industry professionals. With each successive edition of SIAL Paris, the company has endeavored to make the exhibition much more than a simple tradeshow – a multicultural network, a forum for exchange and inspiration that helps companies on the road to future success. SIAL Paris 2014 pursued these goals with pride, unveiling the major trends and innovations that will soon be influencing our chefs and revitalizing the supermarket shelves. The exhibition has been heralding innovations and inspiring the industry for 50 years. The atmosphere this year was particularly festive as Sial marks the 50th anniversary. Although the celebrations have already begun in Canada, China, Brazil and the Philippines, Paris – the birthplace of SIAL – was, of course, the climax. As Nicolas Trentesaux, SIAL Group Director, puts it:“50 years after its creation, the International Food Fair has become a brand, an exceptional and unique experience in the global agrifood business sector. SIAL Paris assists exhibitors in the strategic accompa – niment through the 8 fairs organized by SIAL Group. This year once again, SIAL Paris was without doubt fully committed to this sec – tor with 200 countries rep- resented. Retail, central buying organizations, hard discount, small retailers and all retail profiles met there in force. Hypermarkets have been around for 50 years and 50 years ago, SIAL Paris became a unique concentrated platform for national and international decision makers. Distribu – tion and SIAL are intimately connected. SIAL Paris has been established for sometime now as the meeting place for global retail.

Aslan Cikolata, a recognized name in the chocolate industry