With its favorable geographical conditions and climate, Turkey is considered to be one of the leading countries in the world in the field of food and agriculture.
The restructuring efforts that began in the early 1980s, alongside a series of reforms such as privatizations and the reduction of trade barriers in the agriculture sector, resulted in a domestic market that is an integral part of the world economy today. Turkey has a large and growing food and agriculture industry that corresponds to 9 percent of the overall gross value-added (GVA) and 25 percent of the employment levels in the country. The strengths of the industry include the size of the market in relation to the country’s young population, a dynamic private sector economy, substantial tourism income and a favorable climate.
Turkey has a population of 76 million people and is growing with a rising income. This makes Turkey one of the largest markets in its region, and the changing consumer habits of the younger generation boost domestic consumption. Consequently, Turkey’s food industry has registered steady growth in recent years, with Turkish consumers becoming increasingly demanding, driven by the multitude of choices offered by mass grocery retail outlets. Rising disposable income and changing consumption patterns, along with the increase in the number of females in full-time employment, have all led to an increase in interest as regards packaged and processed food, such as ready-to-eat meals and frozen food. Turkey is the world leader in the production of dried figs, hazelnuts, sultanas/raisins and dried apricots. It has the largest milk and dairy production in its region. In addition, Turkey has an estimated total of 11,000 plant species, whereas the total number of species in Europe is 11,500. While Turkey is becoming one of the largest markets for baked goods with its bread – an important element of the Turkish diet – subsector dairy products including milk, cheese, yoghurt and ayran (a drink made of yoghurt and water) form an integral part of the traditional Turkish diet. Traditionally, artisan, unpackaged products have dominated the Turkish dairy market, holding back widespread growth but also offering potential to the investors. 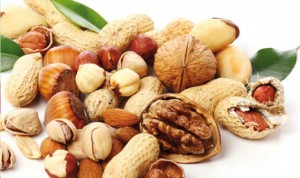 This potential positions Turkey to be among the top options for being the regional headquarters and supply center of top global players. In its region, Turkey has a strong dominance in production and exportation of many agricultural products such as hazelnuts, dried apricots, sultanas and dried figs. In addition, Turkey’s food industry is much better developed than that of neighboring countries. Given these factors, the country is one of the largest exporters of agricultural products in the Eastern Europe, Middle East and North Africa (EMEA) region, while its trade balance is significantly positive. With growing exports, the Turkish agrofood industry has recorded USD 5 billion of trade surplus. Turkey offers a set of enablers for potential agrofood investors; the Turkish government’s support mechanism includes favorable regulations, tax structure, competitive and low-cost labor force and investment incentives. According to McKinsey and Co., Turkey offers significant investment opportunities especially in the agribusiness subsectors such as fruit and vegetable processing, animal feed, livestock, poultry, dairy and functional food, aquaculture, and enablers (in particular cold chain, greenhouse, irrigation, and fertilizer).
As part of its targets set for the agriculture sector, by 2023 Turkey aims to be among the top five producers globally. Turkey’s ambitious vision for 2023 envisages other grandiose targets including:
• USD 150 billion gross agricultural domestic product
• USD 40 billion agricultural export
• Becoming one of the top five countries in terms of agricultural production
• 8.5 million hectare irrigable area (from 5.4 million)
• Ranking number one in fisheries as compared with the EU

SIAL Paris thru the eyes of Turkish exhibitors