The importance of tea with respect to human health
Tea, the second most consumed beverage in the world after water, is known as a relaxing, pleasing drink. It has also gained importance as a nutritional substance because it contains flavonoids, caffeine, many elements and major vitamins. Tea is high in flavonoids. Black tea contains two types of flavonoid called “theaflavins” and “thearubigens”. These flavonoids appear to be beneficial to health. Tea has greater antioxidant power than many plants and flavonoids may act as antioxidants. Scientific studies have shown that tea has many positive effects on the human body. In these tests, tea preparations have repeatedly been found to reduce tumor formation for cancers of the skin, lung, oral cavity, esophagus, stomach, small intestine, colon, liver, pancreas, and prostate. The antioxidant activity of tea is often reported as the mechanism behind these results. Consumption of tea is generally associated with a lower risk of heart disease and may reduce the risk of heart attack and stroke. It has been speculated that the antioxidant activity of flavonoids may be at least partly responsible as the mechanism for this protection. Antioxidants may also help to decrease the risk of atherosclerosis by preventing lipid oxidation in the blood, making the lipids less likely to stick to artery walls. Tea consumption also appears to improve the function of the lining of the blood vessels. This means that arteries have a better capacity for expansion and contraction as needed, and will be less prone to developing the plaques and lesions associated with heart disease. Tea also has importance with respect to dental health. Dental cavities are caused by a combination oral bacteria, sugars, and acids. Tea consumption can help to reduce cavities through several mechanisms: •The tea plant naturally contains fluoride in its leaves which makes tooth enamel stronger and more resistant to acids. •Tea helps to prevent bacteria from sticking to the tooth surface. •Tea helps to decrease the acid production of oral bacteria. •Tea decreases the activity of the oral enzyme amylase, which is responsible for breaking down starch into sugar in the mouth. Since it contains major elements and vitamins, tea is also good for patients suffering from hypertension. It is generally agreed that, for most people, moderate caffeine consumption is harmless. Many people find that caffeine boosts mental clarity and alertness in a pleasing wayPeople also obtain wonderful results if they add tea to their bath. First of all, the skin will become nicely tanned. This is then followed by tea’s rejuvenating effects. 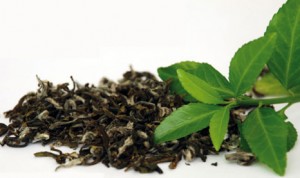 TURKISH TEA IS HEALTHIER BECAUSE:
There are no agricultural pesticides in Turkish tea. As tea growers do not use pesticides, Turkish tea is natural and healthy. There are no additives or chemicals, nor additives or chemicals are used in either tea gardens or in the production process. Turkish tea does not contain much caffeine.
TEA PRODUCTION IN TURKEY
Tea production in Turkey was initiated in the early years of the Republic and carried out in a microclimate along the Eastern Coast of the Black Sea Region. After successful results had been obtained, the region extending from Arakli to the Republic of Georgia was allocated to tea agriculture. In this region Rize, Ordu, Giresun, Trabzon and Artvin are the provinces in which tea is produced. Turkey takes its place on the upper limit of tea ecologies. Tea is one of the most important sources of revenue for the inhabitants of this region. In Turkey, the possibility of tea cultivation was determined in 1917 around Rize province and cultivation was first started by a law in 1924. In the same year the Tea Research Institute was established. Afterwards, research studies began to be conducted and tea cultivation began on a commercial base. In 1947, the first plant for processing green tea leaves was opened in Rize. In order to supply better service parallel to growth in this sector, an economic enterprise, ÇAY-KUR (General Directorate of Tea Enterprises) was established in 1971 and was fully authorized as a state monopoly in the tea business. In 1984, with the abolishment of the monopoly in the tea sector, private enterprises were also given the rights of procurement, processing and marketing. Although the tea business in Turkey is a relatively new activity compared with the other producer countries, tea cultivation and the industry have shown very important improvement in a short time. While the production of dried tea was below 25 000 tons in 1950’s, this figure reached significant quantities in recent years. Today, Turkey holds a significant place among the world’s largest producer countries with a share of more than 5%. According to the FAO statistics, Turkey ranks fifth in world production of tea after China, India, Kenya and Sri Lanka.
Dried Tea Production in Turkey (Quantity, Tons)
The state company Çaykur has a production capacity of 6.600 tone/day. The company has 47 factories. The rest of the production is conducted by the private sector, which has about 230 tea processing factories and a production capacity of 8.746 tone/day. The total production capacity is about 15.506 tone/day.In the production process, the processing methods of Orthodoks, CTC and Rotervane are used in Turkey. Tea gardens in Turkey were established from seeds. Cultural precautions such as maintenance, pruning, fertilization and harvesting are carried out in conformity with scientific techniques in order to obtain a fresh tea product conforming to the production of top quality dried tea. Today, tea is one of the national drinks of the Turkish people along with ayran, sahlep, boza and Turkish coffee. Turkish people drink a great deal of tea all day long especially at breakfast and in the evening. Turkish people are famous for their hospitality and it is very common to serve tea to guests in Turkey. More than 200.000 tons of black tea is consumed in Turkey every year.
Standardization
As a result of establishing fertile, quality plantations; the application of modern, appropriate cultivation methods on the plantations by growers and the improvements achieved in the manufacturing industry, Turkish tea is produced in compliance with international standards. TS 4600 Turkish Black Tea Standard, which is almost in conformity with the ISO 3720, is applied in the production and marketing of black tea in Turkey. For black tea exports, ISO 3720 is applied.
EXPORT
At the start of tea cultivation in Turkey, the primary goal was only to meet the domestic demand. However, until 1963 tea production was insufficient and the gap between production and demand was met by imports. After wards, besides meeting domestic demand, tea exports also started. As a consequence of policies implemented in exports, Turkish tea exports have reached significant levels in some years. Tea is exported from Turkey both in bulk and in consumer packages. 25% of total Turkish tea exports were in packaged form and 75% were in bulk. In Turkey, apart from traditional tea, tea bags are also produced, consumed and exported. In recent years, tea bags have started to be very common. The main destinations of Turkish tea are the European Union countries, the USA and Northern Cyprus Turkish Republic. Among the EU countries, Belgium, the Netherlands, Germany, France and the United Kingdom are the most important markets. 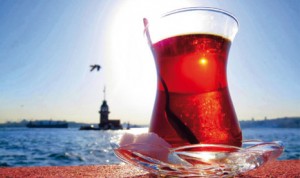 SIAL Paris thru the eyes of Turkish exhibitors