WorldFood Moscow will be the first major meeting of the reps of the Turkish and Russian supply and demand.
Following August 9 2016’s meeting between Russian President Vladmir Putin and his Turkish counterpart Tayyip Erdogan, Russia could lift its food embargo on Turkey by the end
of 2016. Russian Economy Minister Alexei Ulyukayev was quoted by news agency RIA Novosti hinting at the possibility of a reconciliation between the two countries. “We agreed that this is a gradual process,” Mr. Ulyukayev said. The Minister pointed out that any currently outstanding issues on meat, poultry and dairy products would be resolved bilaterally. Product quality remains an important issue for Russian authori- ties.
“ We need to be sure that the qualities of the supplied Turkish products,” Mr. Ulukayev commented. “They must meet the requirements of Rosselkhoznadzor.” Rosselkhoznadzor is Russia’s agricultural watchdog, responsible for reviewing the quality of food products coming into the country. If sanctions are lifted, then this will be incredibly good news for Turkish growers and distributors as well as Russian consumers. Elena Akuletskaya, head of the import department of St. Petersburg’s Friend Fruits Group, recently told Fruitnet that Turkish fruits and vegetables, inparticular tomatoes, are sorely missed by the Russian public. 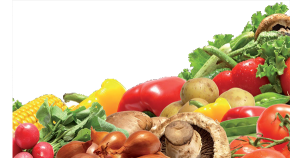 Ms. Akuletskaya said Russians prefer the taste and quality of Turkish produce, while import times were significantly shorter from Turkey than from states trying to fill the gap left by Russia’s food import ban. Countries such as Morocco, Iraq and Israel took a bullish attitude towards replacing the volumes of fresh fruit and vegetables Russia previously imported from Turkey. So far, their efforts have failed. A shortage of popular vegetables, such as cucumbers, peppers, tomatoes and courgettes, is currently affecting Russia. Turkey has also lost significant amounts of revenue since a Russia- imposed trade embargo in the wake of the November 2015 jet crisis. Only $92 million worth of food products were exported by Turkish companies to Russia in the first six months of 2016 — a major contrast to the $451 million worth of goods shipped from Turkey to Russian consumers across the same period last year. As such, Turkey’s food export sector will be waiting with baited breath to see if Russia follows through and does remove sanctions by the close of 2016.

Fresa to grow 30% with Inisdibi with lemon

Inspired by the nature, DIMES provides a sustainable value chain