A tasting menu, a discussion panel with the meat industry specialists, meetings with the media, a special business talks area – these are the offers that the Organizers of the promotional and information campaign     – Savor Europe – presented during the Food Istanbul fair that took place from 20 to 23 of September 2017.

The positive feedback was immediate! During the first day, the Guests appreciated an exquisite tasting menu. After the discussion panel that took place on the 21st of September, the participants univocally praised the contents focused on the specificity of the Turkish market. The aim of the campaign conducted on the territory of Turkey until January 2018 is the popularization of the European beef. Food Istanbul is a 4-day long  celebration of the food industry that gathers over 1000 exhibitors from Turkey and other countries. On the area of 60 000 m2 in the CNR Expo hall in Istanbul, the visitors have a chance to encounter companies that represent all the businesses that cover the chain: production, storing, and distribution. 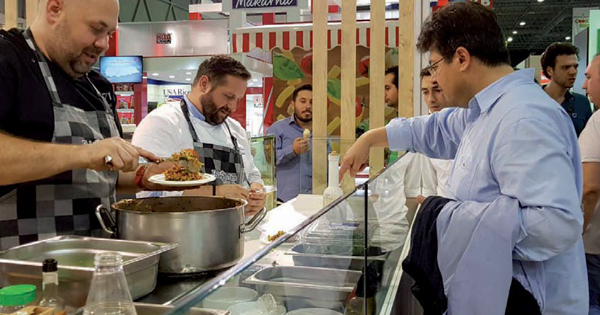 This event is an occasion to conduct trade negotiations, diplomatic meetings, and market discussions. Thanks to the partnership of the Association of Exporters and the cooperation with the embassies, the Fair introduced a new quality in the realm of B2B. Savor Europe Campaign, apart from the information point, hosted a discussion panel focused on the European meat and organized a series of individual meetings with the media.

Our campaign is based on the key exceptional qualities of the European beef – high quality, safe products, strict production norms, and honest cooperation. Following these standards, during the second day of the  Fair we organized a discussion panel that was attended by the outstanding guests – the representatives of the Turkish trade organizations, the media, diplomats, and Turkish meat importers. Thanks to the honest, factual discussion and active understanding of the market needs, we build the awareness of our product and we build a trade platform between the European producers and Turkish clients. This is an up-to-date subject as Turkey decided to open its market – explains Katarzyna Oponowicz, the Polish Meat Association Office director, the Organizer of Savor Europe campaign.

The main source of information during the Fair is the official stand of the Campaign. On the area of 80 m2, the Organizers and producers with a help of hostesses welcome a crowd of visitors. Thanks to the faceto- face conversation and the information pack, each guest of Savor Europe stand has a chance to obtain complex information about the campaign and the possibilities of cooperation. All the guests may observe a culinary show of the European chefs – Marcin Budynek and Mariusz Olechno who treat the guests with outstanding flavors of beef kofta with buckwheat groats and fried zucchini in orient spices, mini beef burgers with babaganoush and Turkish sheep cheese, beef tartar served on emek with wild garlic, fried capers, and pickled red onion.

Savor Europe campaign does not only conduct B2B activities, but it also puts en emphasis on the communication with the Turks that aims at presenting them with knowledge about the European beef. In order to reach the public opinion effectively, we cooperate with the media. We decided to organize a series of individual meetings with the key branch media in order to conduct in-depth talks and address all the questions of the journalists. We consider this form of cooperation to be the most effective for both parties – summarizes Katarzyna Oponowicz, the Polish Meat Association office director, the Organizer of Savor Europe campaign. The stand number of the Savor Europe campaign is 2-A02 and it is open to visitors during the Food Istanbul until 23 September 2017. 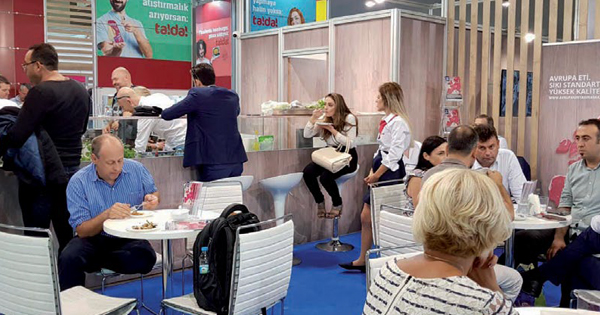 This is the first edition of the food market fair dedicated to such sectors as: food and beverages; food processing, storing, and refrigeration technologies, food industry logistics. FOOD Istanbul Expo takes place in September 20-23, 2017 on the area of 60 000 m2 in CRN Expo. The Organizers guarantee that over 1000 brands will be present and they will attract 35 000 professionals. The companies that confirmed their presence come from: Turkey, Europe, Middle East, North Africa, Russia, and Balkans, among others. The fair gives a chance to establish business relations, promote products and services.

The strategic partner of the event is the Istanbul Association of Exporters. The organizer of the fair is CRN Holding. The company used to organize a popular event – CRN Gida Fair, which took place for the last time in 2012. This year, a new brand and a new name enter an official calendar of the events for the Turkish food industry.