Having already invested around $18 billion in Turkey, Qatar is expected to add another $19 billion to that total next year.
Qatari authorities have launched negotiations for the $19-billion investment, of which $15 billion will come from the Qatar Investment Authority, one of the world’s largest wealth funds. The remaining $4 billion will be contributed by another investment fund in the country, Q Invest.
Turkey is estimated to attract more than $20 billion of Qatari investments, putting the Gulf nation among Turkey’s top five contributors of foreign direct investments. 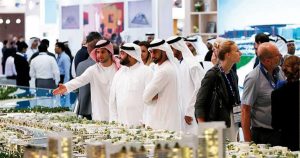 The potential investment by Qatar will likely include a varied selection of sectors including energy, telecommunication, tourism, food, health, insurance, defense, banking and shipbuilding.
Head of Middle East Economy Platform Erdin Özel noted that Qatar has already allocated $10 billion for the investments in Turkey next year.
“Turkey’s friendship and support toward Qatar during the blockade have motivated the country to take investment decisions here,” he said, emphasizing that the Qatari investors regard Turkey as a safe investment destination.
He further noted that the International Monetary Fund’s (IMF) upgraded predictions for the Turkish economy have also affected Qatar’s investment decision.
“Their energy investment will largely focus on thermal plants. The Qatari authorities are also negotiating with two Istanbul hotels, which are worth around $1 billion. They are also planning more investments in Türk Telekom,” Özel said.
He added that Qatar was closely following the developments in the city hospital projects and was also in talks with cargo RO-RO ship manufacturers.
Emphasizing that the Middle Eastern country was looking into investing in different sectors, Özel said that the Turks must act swiftly to attract these funds.
He recalled how Qatar was distressed over its food supply due to the blockade, saying that the country also wants to expand its food investments and for Qatar, Turkey is a strategic partner in the food industry.
“Qatar’s agriculture investment firm Hassad Food will make a $650 million investment in the agriculture and livestock sectors. They are currently discussing the matter with the Ministry of Food, Agriculture, and Livestock,” he said.
Meanwhile, the process of establishing an organized industrial zone (OIZ) in Qatar has also gaining momentum. The construction work at the site will be contracted to Turkish companies, Özel informed.
“Turkish construction companies will receive a $2.5 billion support for the building the industrial zone,” he said.
He added that the Middle East Economy Platform will organize the International Investment Summit in April 2018. The event will look to draw even more funds from the Gulf region.