Portugal’s Foreign Minister Augusto Santos Silva expressed his views on Turkey’s relations with both the EU and Portugal, according to a statement released by the Foreign Economic Relations Board (DEIK). Silva said that as trade relations increaseed, the two countries were cementing ties.
He said that said that relations between the two countries were developing and they were pleased with the recent visits by Turkey’s Minister of EU Affairs Ömer Çelik and Foreign Minister Mevlüt Çavuşoğlu. Silva stated that very different, but complementary countries come together within the EU. He stressed that for Turkey, Portugal is an advantageous destination in terms of exports and investments. “Turkey is regarded through the eyes of Europe as ‘Europe’s front-facing Asia.’ We, as Portugal, also want to develop lasting friendships with Asian business circles,” Silva said.
“Europe alone is not the center of the world. For the continuity of Europe’s security and economic development, the 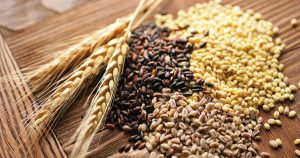 security of Russia, China, Africa and the Middle East must also be taken into account,” he added.
On the same note, DEIK Turkey-Portugal Business Council President Berna İlter said they were pleased with the participation of managers from large Turkish companies who have already invested in Portugal and are doing business in the country. İlter noted that representatives from Turkey’s private sector, who are doing business in the country, will convey their problems and suggestions. She added that they hope that new investment opportunities will also be discussed within the scope of the meeting. Meanwhile, she pointed out that the bilateral trade volume of $1.3 billion achieved in 2016 was below its potential. She added that social, political and cultural relations between the two countries are at an advanced level.
Major items of import are: non-plasticized paper and cardboard, non-perforated punch-cards and punch-striped paper of all sizes, carbonate soda or sulfate wood pulp, radio broadcast receivers, parts and accessories for road vehicles and ethylene polymers.

Most delicious state of water