Offering a wide range of seasonal and tropical dried fruits, and aiming at selling to all continents, the company started with Europe and targeted Far Eastern and American markets.

People’s ever-changing consumption habits are pushing societies to eat better and healthier lifestyles. This has led to a spike in the demand for dried fruit products The Covid-19 pandemic has driven that spike – even though it has been holding the entire planet by the throat since December 2018. The World Health Organization (WHO) has even gone so far as to declare seedless raisins as a health food, hence confirming that demand.

Turkey is a key player on the international dried fruit market. Nestled within Greater Anatolia (Asia Minor), it has played host to many civilizations since antiquity and beyond. Its natural bounty also means that it is home to countless indigenous species of fruit. In 2020 alone, Turkey exported over 240,000 tons of seedless raisins. Turkey produces 21% of the world’s raisins by itself – a figure that further solidifies its position.

Based in Manisa, Turkey (the country’s largest dried fruit producing region), Dovido has been shipping dried fruit to consumers across Turkey since 2013. Every year, Dovido produces 13 different dried fruit types, not the least of which include 25,000 tons of raisins (its first product), dried figs, and dried apricots (all from Turkish fruit harvesters), alongside dried pineapples, dried mangos, and dried papayas (the raw ingredients of which are imported from equatorial countries). Also, Dovido is the main supplier for many large companies across Turkey and Europe.

Beyond being very successful on the Turkish market (since 2013), it has also taken export market especially the British and German markets by storm as well (as of the second half of 2020). On the downside of things, the pandemic has caused a dent in customer visits, and forced to put a halt on fairs and field sales. Despite that, as of 2021, its popularity within the sector has done swimmingly. One of Dovido’s primary goals is to create brand awareness. That it has done (and fast at that!). The secret to that success lies in its eye-catching packaging, high quality products, and the tireless efforts of its export team.

Since 2020, Dovido has focused on establishing itself as a major European dealer. That said, it also juggles projects surrounding national and ethnic markets alongside cash & carry.  To support that, it sets up stands and engages in various marketing campaigns.

Next, it has its eyes set on Far East and America. It is very pleased with how Europe has responded to it over the past year and a half. The period has given them a sound idea of how people consume dried fruit.

Gürsoy: "We prefer TOMRA 5C thanks to our positive feedbacks we experience at TOMRA machinery" 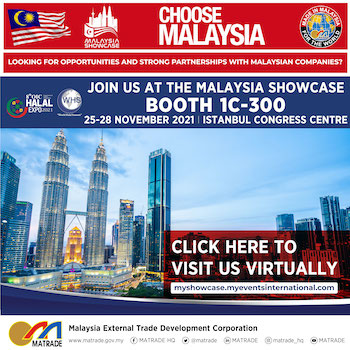