Honey is already well-known as a superfood that provides us with a plethora of health benefits. Manuka honey is currently gaining a lot of interest due to its health benefits. Let us learn about the history of this honey.

A peep into Manuka Honey

Manuka honey is made from Manuka plants that are native to New Zealand. It’s monofloral, darker, and thicker than regular honey. When compared to normal honey, Manuka honey has a more robust flavor. It has a sweet, flowery, and earthy taste. The enormous amount of methylglyoxal is one of its distinguishing features.

The story of the Manuka plant

The Maori people were the first to settle on New Zealand’s island. The Manuka plant (Leptospermum scoparium) was given the name ‘taonga’ by the Maori people, which means treasure. They used the Manuka bush to cure wounds and burns, as well as to treat minor ailments and abdominal discomfort, and as a tranquillizer. Regardless of soil condition, manuka plants would shoot up in any disturbed site.

Manuka soon invaded the newly created spaces when humans cleared woodlands on the two islands for hunting and cultivation. During his journey in New Zealand, Captain Cook and his crew picked leaves from Manuka shrubs and boiled them like the Maori to make tea. Manuka leaves are commonly used to make tea; hence it was titled “tea tree” afterwards.

It was many millennia ago that the medicinal qualities of the Manuka plant were identified. Manuka honey, on the other hand, does not have a long history. Why? Because there were no native honey bees in New Zealand to create Manuka honey from its inflorescence. 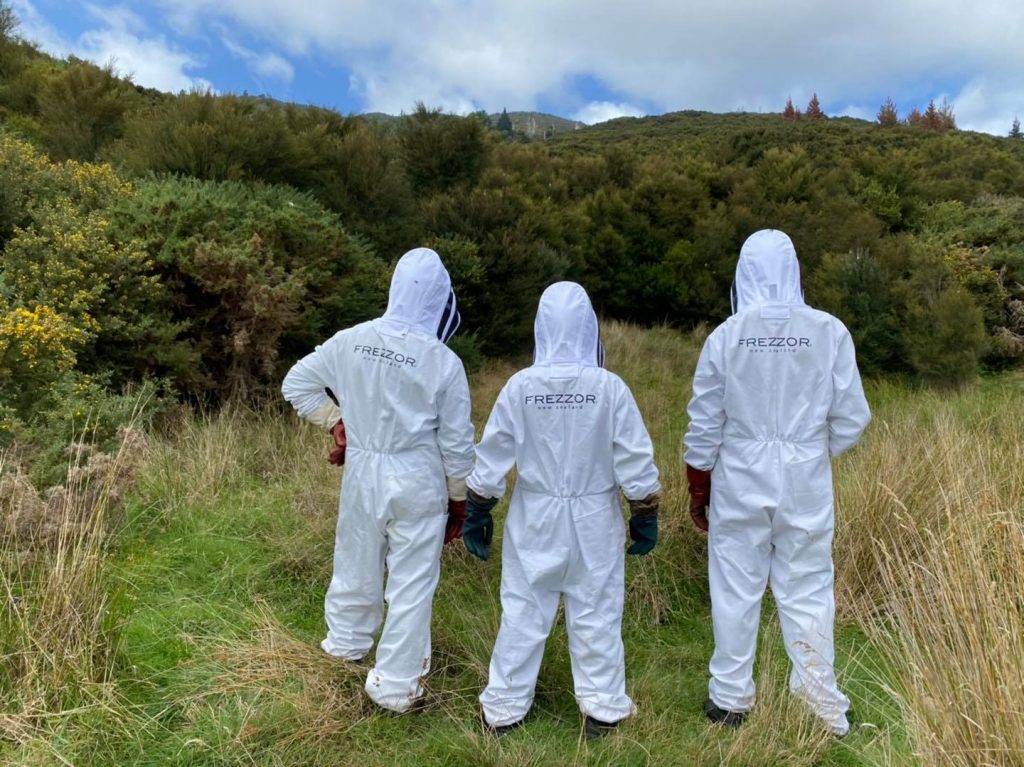 How were the bees introduced into New Zealand’s ecosystem?

Mary Bumbay, who arrived in New Zealand with her missionary brother in 1839, brought two skep hives from England. She, being an English beekeeper, set up a few beehives around the Manuka plants on the East coast of the North Island in the late 1830s. The first-ever Manuka honey was produced by these newly bought European honeybees.

The colonies swiftly adapted to their surroundings, taking advantage of the wide variety of flowers available. When 70 Maori chiefs signed the Treaty of Waitangi the following summer, Mary, known as “The Bonny English Rose,” most probably gave Manuka honey to visitors.

As the bees buzzed and multiplied, the forests became a hive of their activity. In a single year, one hive in New Zealand produced 26 swarms. With the expansion of modern agriculture, the unyielding Manuka was labelled a noxious weed that overtook pastureland. Farmers fought the shrub’s growth in their fields, marginalizing it to hard-to-reach, difficult-to-cultivate areas.

Despite the fact that the Maori culture identified the medical potential of the Manuka plant, it wasn’t until 1980 that the medicinal effects of Manuka honey from New Zealand were scientifically proven.

Kerry Simpson did a short experiment in his lab at the University of Waikato in 1980, comparing the effects of Manuka with clover and blackberry honey to evaluate the antibacterial capabilities of locally produced honey.

Antibacterial activity was found in all three kinds of honey. However, even after removing the hydrogen peroxide activity with a particular enzyme called Catalase, the Manuka honey still inhibited bacterial growth, demonstrating its promising antibacterial properties. This interested Peter Molan; he was the first to understand the medicinal properties of Manuka honey from New Zealand.

He subsequently repeated the experiment with a more significant number of samples, finding that Manuka Honey did not contain peroxide. He spent the next 30 years researching the matter, trying to figure out what makes this “unique Manuka component” of this honey so wonderful. His study revolutionized the use of Manuka honey in wound care all over the world.

Cliff Van Eaton’s book transforms this scientific research into a brilliantly written story that conveys this newly discovered knowledge worldwide. He dives into the plant’s long history and medicinal benefits. He investigates how Methylglyoxal (MGO), the active element in Manuka honey, was discovered practically by an unexpected event in Germany.