This is not just the story of Balparmak, but also the story of the Turkish Honey Sector and the two brothers who brought the sector’s leading and distinguished brand, Balparmak, to life. The exemplary story began as a modest enterprise in Istanbul, and within a few years became known all over Turkey. Now the whole world is starting to hear and talk about it. 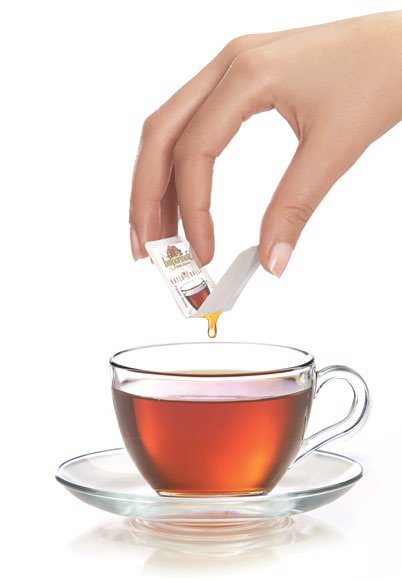 Özen Altıparmak, the founder of Altıparmak Gıda Sanayi ve Ticaret A.Ş., is one of the two brothers who created the Balparmak brand. He graduated from the Turkish Education Association’s (TED) Ankara College in 1971, and in 1978 completed his education at Middle East Technical University’s Department of Administrative Sciences.
With his education behind him, Özen Altıparmak now needed to give direction to his future, yet he still remained undecided as to how he would establish his business life.
His independent and enterprising spirit on the one hand compelled him to start his own business, but on the other hand, conditions necessitated that he immediately find a job and start working.
He took the employee entrance exam of Öğretmenler Bank, which was one of the biggest and most important banks at the time. He passed the test, and was offered a position on the permanent supervisory staff, but with the five-year mandatory service condition…
Free spirit? Entrepreneurship? These qualities of Özen Altıparmak did not mesh well with this stipulation so he declined the job.
He moved to Istanbul, which he thought was an opportune location to start his own business. There, he embarked on his professional work life while working on business projects.  He worked at a variety of jobs.
His last job was in the marketing department of a spice production and sales company. His success there turned out to be, in a sense, one of the most important factors in bringing him and Balparmak brand, to where they are today.
The management at the spice firm advised Özen Altıparmak to found a marketing and distribution company to handle the Istanbul distribution of their products.
The opportunity he had been waiting for had arrived. He accepted. He founded Altıparmak Pazarlama Unlimited with his father, Sabri Altıparmak, and his brother, Özgür Altıparmak.
Özgür Altıparmak, who was born in Ankara in 1958, is now the Vice Chairman at Altıparmak Gıda Sanayi ve Ticaret A.Ş. He manages analysis, product blending, and the filling facility.
Özgür Altıparmak, who graduated from Gazi University’s Press Academy in 1983, entered business life while he was still a university student. He became a founding partner with his brother Özen Altıparmak, with whom he shared the same entrepreneurial spirit and vision.
Before long, the company undertook the marketing, selling and distribution of a great many food products, which was in line with the two brothers’ common vision and goal, and became successful at it.
One of these products was the specialty of a close acquaintance of their father: mankind’s natural, millennia-old friend and food, honey.
As with every product, the selling and marketing of honey also requires the seller to know it very well. And to be acquainted with honey, to intimately know its qualities, its place in people’s lives, its laborious production, its burdened producers, presented the Altıparmak brothers with a brand new horizon. Their future lay in honey, in the honey sector. In those years, apiculture in Turkey was just beginning to develop, and scientific methods were seldom used in honey production. There was no brand of honey that was widely distributed, preferred, or even known to consumers. Because of this, the honey sector was an open field with a wide horizon and lots of work to be done.  The Altıparmak brothers had the foresight and vision to notice this situation.
Özen Altıparmak and Özgür Altıparmak saw that it was possible to develop apiculture, which was one of Turkey’s most prized lines of work, by putting a well-deserved premium on honey, which is one of Turkey’s most valuable resources. With this foresight, they decided to inextricably fuse the future of their company, Altıparmak, with the future of beekeeping and the honey sector.
They would collect the choicest honey from the best regions in Turkey, and present it to consumers packaged in the safest and most hygienic way. Their long-term goal was to create a world brand from Turkey’s best honey.

They gave it a name: Balparmak.

The next step consisted of directing the process primarily through a consumer-oriented perspective that employed scientific methods and accurate solutions. This was accomplished through decisiveness and patience by an excellent team of personnel that took consumer needs and demands into consideration, and carried out a meticulous analysis of market conditions without sacrificing the principles of quality and management.
Balparmak came on the market under the Altıparmak umbrella and in 1989 became the top selling honey brand in Turkey. Altıparmak Gıda Sanayi ve Ticaret A.Ş.  assumed market leadership in 1991 and maintains that position today.
Under the title Altıparmak Gıda San. ve Tic. A.Ş., the Turkish honey sector’s leading corporation ranks among Europe’s largest honey producers with its    annual operational capacity of 32,000 tons, over 350 employees, and 30,000 m2 of facilities.
Balparmak differentiates itself through the standard of quality that it delivers to consumers, making it the leader of the industry. When it comes to food safety, the company operates in accordance with international standards, holding a FSSC 22000 food safety management system certificate as well as the BRC (British Retail Consortium) global food standard certificate, among others.
The Balparmak Analysis Laboratory (APİLAB) ranks among Europe’s four most comprehensive honey-specialist laboratories and is the only lab of its kind in Turkey. The laboratory can analyze honeys gathered from every region in Turkey on 122 different parameters.
With steady and decisive steps, Balparmak is forging ahead on the path to becoming a world brand.
#balparmak, #honey, #taste